Turkey's Machinery Export 7.5 Billion Dollars at the End of the First 4 Months 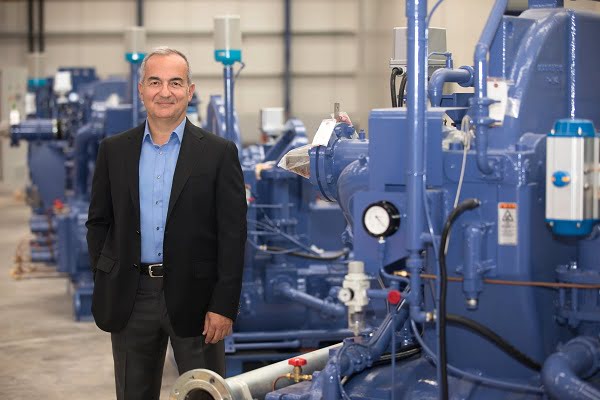 According to the statement made by the Machinery Exporters’ Association (Turkish Machinery), as of the end of April, Turkey's total machinery exports, including free zones, amounted to 7.5 billion dollars. Noting that there was a 100 percent increase in exports in April compared to the previous year, following the 15 percent increase achieved in the first quarter without a base effect, Kutlu Karavelioğlu, President of the Machinery Exporters Association, said, “Due to the differentiation in consumption, global manufacturing industry investments are rapidly renewed and our industry is able to respond to the increasing demand. It works very intensely. We increased our machinery exports by 30 percent at the end of the first 4 months; We added $ 1.3 billion on the 2019 figures. “The pandemic process has brought us new friends”.

The machinery sector, which ranks first in the imports of many European countries from Turkey and increases its share in the global machinery trade every year, has exported 7.5 billion dollars at the end of the first four months. While Germany, USA, England, France and Italy were the countries that bought the most Turkish machines, the increase in the EU reached 38 percent. Stating that they will continue to make comparisons with 2019 data in order to reveal the export performance of the sector in the most clear way, Kutlu Karavelioglu, President of the Machinery Exporters Association, said: “Due to the differentiation in consumption, global manufacturing industry investments are rapidly renewed and our industry is working very hard to respond to the increasing demand. Do not think that the extraordinary performance we have achieved is based on the base effect of the pandemic. We also demonstrate our success by comparing it with the data of 2019, which, unlike our competitors, we closed with the increase in exports."
Explaining the data of the last three years with comparative examples, Karavelioğlu said: “In the first four months of the year, we exported 2.5 billion dollars to our top 10 markets, where we exported 3.5 billion dollars, and 2.9 billion dollars in 2019. Our exports to these countries have increased by 43 percent in the last year and 22 percent in the last two years. We have more striking examples on a country basis. The increase in the last two years is 30 percent in Spain; It exceeds 50 percent in Russia, Iran and Egypt. In Ukraine and Uzbekistan, the increase is around 100 percent. The pandemic process brought us new friends and our total exports increased by 30 percent compared to last year. But we do not console ourselves by looking at the stump data of 2020, we are pleased that we have achieved a 17 percent increase compared to 2019 "

"Our competitors will look at us and envy again"

Underlining that there were no sub-sectors that could not eliminate the effects of the pandemic, apart from turbines and turbojets, which had difficulties in exports due to some problems in bilateral relations, and leather processing machines, which were considered as luxury consumption during the quarantine period, Karavelioglu said, “In the first four months, we shipped more than 1.2 million tons of machines and the prices of our products. continues to rise in the international market. Our two-year export increase was 20 percent in the 10 sub-sectors where we performed the highest. Electric motors and generators increased by 37 percent, followed by textile and apparel machines, which increased by 35 percent. But the important thing is that we add 1.3 billion dollars to our 2019 figures with a total performance and that we are successfully overcoming this crisis. As in previous crisis periods, we will complete this process with a performance that will be envied by all our competitors ”.

"What is happening in the EU, USA and China triangle concerns us closely"

Noting that the pandemic agenda and the US election results are not enough to soften the power struggle on a global scale, Karavelioğlu said, “With the bilateral agreements that China has spread rapidly in line with its hegemonic goals, the effort to get more shares from global production, trade and strategic investments continues. "The company purchases they make with implicit government support to reach advanced technology are also watched with concern by Western societies," he said.

Stating that the EU is an indispensable pole for the USA and China due to its great purchasing power and its superiority in advanced industrial technologies, Karavelioğlu underlined the importance of relations between the EU and Turkey, and said: “What is happening in the EU, USA and China triangle concerns us closely. The EU-China Free Investment Agreement, which was signed with an agreement between the leaders as a softening step in the term presidency of Germany, could not get approval from the EU parliament due to the increasing public pressure. Turkey has a strategic importance for those who want to sell goods to Europe and Europe, and our industry has shown once again that it has the ability to turn all crises in its favor with its rising performance. Due to the pandemic, problems in Southern European countries such as France, Italy and Spain continue. The Turkish machinery sector, on the other hand, is constantly increasing its share of industrial and technological collaborations with its increasing activities in the region. "

"Anyone who wants to sell us machinery should come here to manufacture!"

Karavelioglu stated that they find it worrying that the foreign trade deficit, which reached 11 billion dollars last year, increased by 29 percent to 2.8 billion dollars at the end of the first quarter of the year, and evaluated the increase in machinery imports as follows: “We say at every opportunity that importing machinery creates dependencies that will last for years. We show with statistics that this habit has very negative effects on Turkey's current account deficit. As a sector that exports 60 percent of its production, we have to scale up to increase our competitiveness, but we can only get a 33 percent share from domestic demand. The biggest danger faced by our industry is not credit goods from the West, but dumped and low-tech goods from the East. "

Stating that the processes in dumping investigations over the years and the dysfunctionality of anti-dumping taxes forced advanced countries to impose additional customs duties, Karavelioglu said, “It is a matter of unfair competition that we include our own taxes within the scope of incentives and make them inapplicable. However, our 11th Development Plan orders us to develop measures against threats against the industry. Among these measures, there is also the revision of the Investment Incentive legislation according to the needs of the day. We are one of the largest machinery markets in the world, and we cannot continue to import machinery like we buy oil. We want those who want to sell machinery to Turkey to come and manufacture here, but it is not possible for a sector that is open to imports to attract investment ”.