Turkey, despite the challenging economic conditions in 2018, increased exports 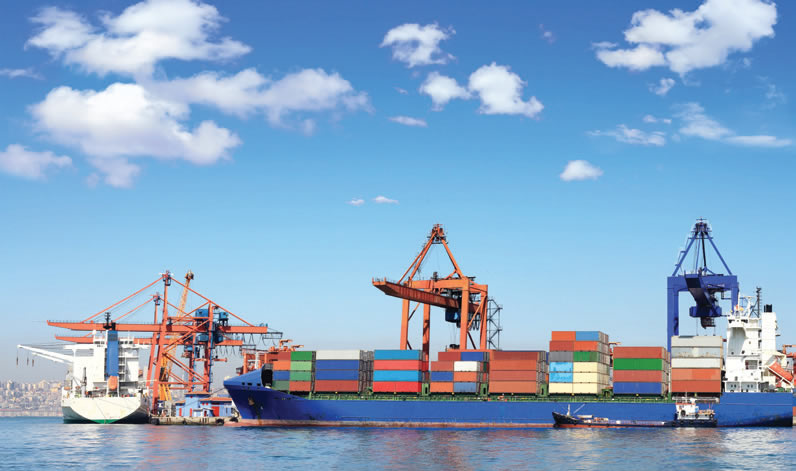 In the analysis, it is addressed that Turkish companies have undertaken project contracts worth 19,9 billion US Dollars abroad in 2018 and that the total amount of 9,600 projects undertaken in 123 countries until today has reached 380 billion US Dollars. In the report stating that the top 3 countries where most projects have been undertaken in 2018 were Russia (20%), Saudi Arabia (15.5%) and Qatar (10.5%), it is added that “After the normalization of relationships, Russia became the market leader again on foreign construction services list. Within a short time, it is predicted that we reach an average 5-6 billion US Dollars/year of potential project amount in Russia, which was the rate between 2012 - 2015.” In summary, the report states: “It is predicted that the size of the international construction market will reach 700 billion US Dollars in 2030s. It is aimed to increase the share that Turkish companies have in the international market to 7% (50 billion USD) in the 2030s. Russian Federation and Iraq will also maintain their importance for the industry in 2019. Recently, our contractors have been following the markets with potential, such as Sub-Saharan Africa, India, ASEAN Region and Latin America, for new opportunities. In Africa, which is the center of attention for many countries, there are various project opportunities, and the favorable look in the regional countries towards our companies provides an advantage for Turkish construction companies.” On the other hand, Turkey-Libya relations also revive in terms of the construction industry, which were interrupted due to “Arab Spring” and hot developments experienced. TMB Chairman of the Executive  Board, Mithat Yenigün, stated that total amount of unfinished projes of Turkish companies in Libya was 19 billion USD and added “With the Memorandum of Understanding signed between our Ministry of Commerce and Libya’s Ministry of Planning, it is very important that a road map was put into effect within 3 months for the solution of problems that our contractors have been experiencing in Libya. We believe that these actions will be an important step towards solving our problems that have been suspended for a long time.”

All room-type devices and 50% of modular devices are inverter air conditioners. There are heat pump types in both groups. 14 kW floortype modular air conditioners excluded from restrictions in ErP directive are popular in our country’s market. Air conditioners produced in Turkey find buyers especially in European, Middle Eastern and CIS countries. While Europe is advancing towards R32, the importance of Turkey as a production base for room-type air conditioners with R32 cooler liquid gas, which are sold to Europe. R32 market penetration rate in Turkey’s domestic market has reached to approximately 10%. Turkey maintains  its attractiveness in terms of being a production base for exports to Europe. Therefore, Turkey’s air-conditioning market looks at 2019 with hope.