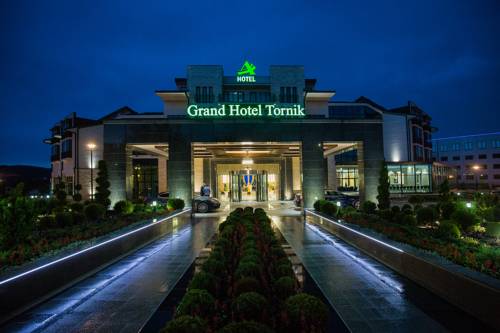 VENCO have completed the production of their first order which contains the fire-resistant fans at 400°C for 2 hours.

The jet fan system of the car park of Grand Hotel Tornik Project has been supplied by VENCO. This jet fan project is also first received order of VENCO that contains the fire-resistant fans at 400°C for 2 hours.

, which has a health life center and spa, is a prestigious hotel project located on the west side of Serbia in Zlatibor. VENCO VAN-S-H Axial Smoke Exhaust Fans with Casing, VAX-H Axial Fans with Casing and VAX-J4 Axial Jet Fans have been used in the car park of the project. VENCO Axial Smoke Exhaust Fans and Axial Jet Fans used in the project are F400 certified harmonized with EN12101-3.

Moreover, the locations, capacities and quantities of the fans were determined by VENCO’s experienced engineers in the mechanical design of the car park. Also, the system performance has been optimized through CFD Analysis conducted by VENCO R&D Department.

In order to get to know about VENCO Smoke Exhaust Fans:
https://venco.com.tr/urun-kategorisi/smoke-exhaust-fans/?lang=en