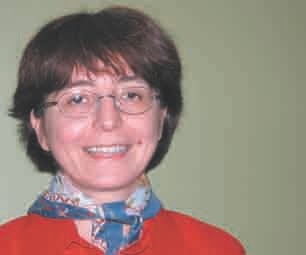 Turkish industry experienced an incremental evaluation following late 1980’s and it entered a period of great changes mostly related to the relationships with EU. At Helsinki, where European Council held on 10-11 December 1999, Turkey was officially recognized without any precondition as a candidate state on an equal footing with the other candidate states. Since then, things have changed radically. The first paper of this special issue is an overview of this change.

HVAC&R technology depending on this rapid change illustrated a huge market in Turkey. Demand for  commercial  refrigeration equipment is projected to rise. The major Turkish market growth will be ongoing econmic  expansion  in  our  country. Continuing improvementin Turkish Economy will also result in stepped-up foreign investment in sector and import of certificated HVAC&R equipment.

Meanwhile,  radical  changes are  going on, such as the introduction of new refrigerants, particularly HFCs; the development of new lubricants; the use of hydrocarbons as refrigerants and  foam-insulation blowing agents in domestic  refrigerators;  growing interest  in CO2, particularly in automotive air conditioning; the development of the micro channel  exchangers and tube exchangers  with new arrangement of the internal fins; vacu- um insulating panels, etc. All these changes are in the agenda of Turkey’s HVAC&R literature, from the views related to both the market and research and development.

The  three  major  driving  forces  underlying these changes related to Turkey’s, and the  countries’  importing  to  or  exporting  from Turkey, both HVAC&R product and technoogy,  are:

From the first view, Turkey is a party to the 1997 amendment of the Montreal Protocol. 1999 Beijing amendment on the other hand, is under discussion.

The second paper of this special issue is intended to serve as a legal road map of the refrigeration equipment design taking the depletion of ozone layer into consideration.

Regulations governing energy, pressure vessels and safety are also change -inducing. This trend  is dictated by the international market and has a close relationship with Turkey’s EU candidacy. Certification of equipment by accredited laboratories, the publication of performances, recognition of certification bodies between countries, have been discussed during the interview presented in this special issue.

Finally, it is considered by all of us that consumers, purchasers, users and the media have  great roles. Food safety, which is a thing the consumer has every right to expect, is the major of  the requirements by these bodies. This concept has led to the concept of equipment cleanability in the food industry; to the development  of  temperature  traceability enabling, in many cases, to the time-temperature history of foods, from the field to the consumer's plate, to be provided.

The impact of these changes is profound, at manufacturer, designer, user, trainer and or- ganization levels. These changes require on- going further education. This is where ISKID (Turkish HVAC&R Association) co-sponsored activities play a key role in ensuring that new knowledge is shared and that is why we ha- ve dedicated some parts of this special issue to the Professional Associations.

In an effort to improve our offering, we wo- uld like to encourage the readers to provide us with any feedback to make this endeavor more useful to the international HVAC&R community.