Turkish HVAC&R Sector Reaches Out to Canada for Export 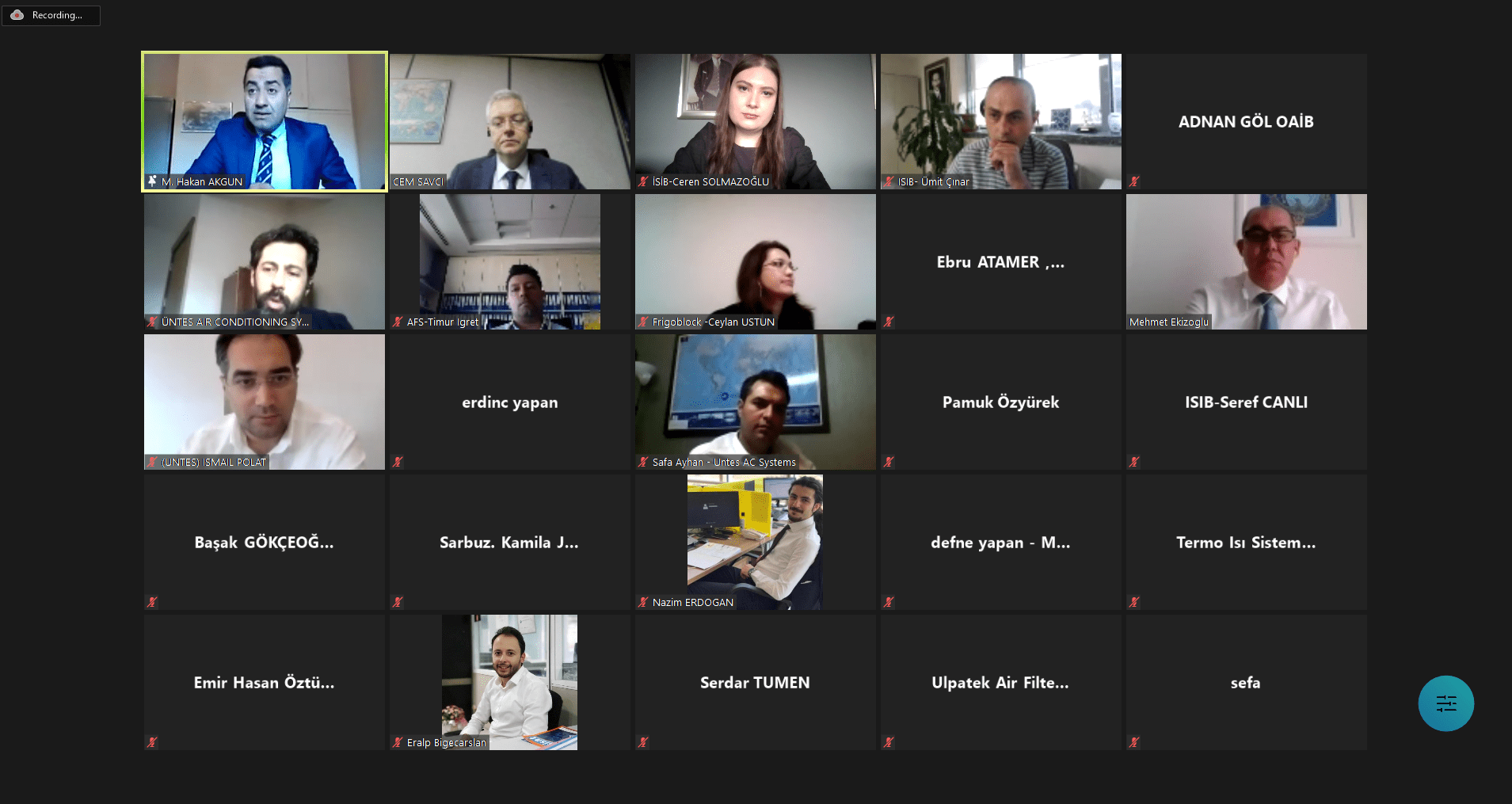 Turkish HVAC&R Exporters’ Association (İSİB) sent a virtual trade delegation to Canada on 1-3 June 2021, where 154 bilateral meetings were held. 17 Turkish and 33 Canadian companies attended the event. The virtual trade delegation visit to Canada started on 31 May 2021 with an information meeting. The meeting was attended by Republic of Turkey Toronto Commercial Attache Mehmet Ekizoğlu, Republic of Turkey Ottava Chief Trade Counsellor M. Hakan Akgün, President of İSİB Board of Directors Mehmet Şanal, Member of İSİB Board of Supervisors and Head of the Delegation Cem Savcı and representatives from the participating companies. The meetings during the virtual trade delegation visit were conducted via Zoom software. 154 meetings were held with representatives of 33 Canadian companies, including import, construction and contracting companies, active in the HVAC&R sector. Speaking on the occasion, Member of İSİB Board of Supervisors and Head of the Delegation Cem Savcı said that they have very carefully prepared for the organization considering time differences between the two countries and the specific requirements of the pandemic. Mr. Savcı made the following remarks: “The Canadian market is one of the markets where we look to increase our trade volume as the HVAC&R sector. Despite the differences in certification systems and the heavy presence of American and Chinese companies in the market, we managed to export products worth 10 million to Canada in the past year. We faced some difficulties in reaching out to and meeting with Canadian companies as some of them were closed due the pandemic. Despite all the handicaps, we remain committed in our belief that we will be able to compete and grow in the Canadian market. Representatives of Turkish companies who attended the organization were able to establish ties that will translate into exports in the coming period. We will speed up our efforts on marketing and communication in the wake of this organization. We will continue to support our exporters in their attempt to reach out to new markets.”