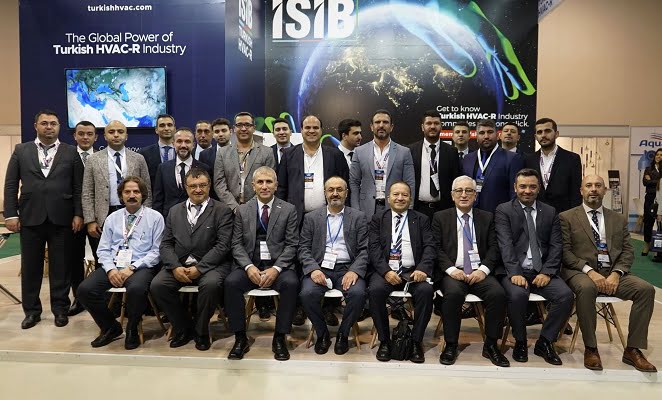 Turkish HVAC&R Exporters’ Association (İSİB), which is the global business partner of Turkish HVAC&R sector, attended the Aquatherm Baku fair on 20-22 October with an information booth.

20 companies from Turkey and 43 companies from Azerbaijan took part in the Azerbaijan Sectoral Trade Delegation organization, which was the first face-to-face event organized by İSİB after the pandemic. The talks and meetings lasted for two days in Hilton Hotel. 234 business meetings were completed.

Mr. Mehmet Şanal, President of İSİB Board of Directors, stated that both events were very successful, and that İSİB will continue to be a bridge for exporters in terms of marketing and communication: “This year marks the 10th anniversary of İSİB’s establishment. We continue to work hard for all our companies based of the principle of inclusiveness. We attach a special importance to our friend Azerbaijan, which is also a special place for all Turkish companies. We will surely increase our exports to Azerbaijan thanks to effective communication and visibility in the fair as well as the willingness of Azerbaijani companies to import products from Turkey as we observed during the sectoral trade delegation organization.”