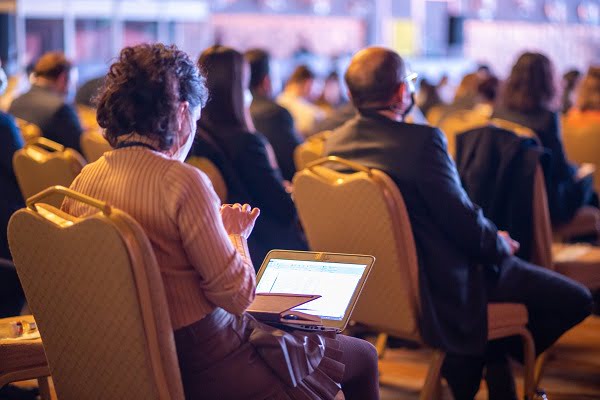 While Turkey's ratification of the Paris Agreement accelerated the efforts on the subject, preparations for the 2050 climate change strategy and 2030 action plan began.

After Turkey ratified the Paris Agreement this year and committed to net zero on carbon emissions by 2053, efforts are focusing on drafting detailed plans and adopting policies that will be vital to the country's achievement of these goals. A big step has been taken in these efforts when the Ministry of Environment, Urbanization and Climate Change and the United Nations Development Program (UNDP) announced that they will join forces to prepare a long-term climate change strategy and action plan that will reflect Turkey's ambitious climate goals. 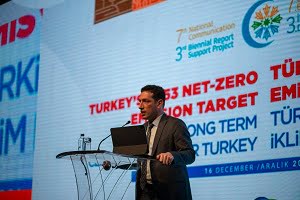 Orhan Solak, Head of Climate Change at the Ministry of Environment, Urbanization and Climate Change, who spoke at the conference convened to initiate the preparation of numerous sectoral plans, said, “In terms of the green development revolution, the new strategy we will prepare together with UNDP will reveal the vision that will increase the climate resilience of our country until the middle of the 21st century. and chart the course to the net zero target in 2053; At the same time, it will achieve our national development goals and pave the way for long-term climate action with its vision of green development.”

According to Paris Agreement, countries are required to submit Nationally Determined Contributions  (NDCs) that quantify their commitments to reduce greenhouse gas emissions as part of their efforts to keep the global average temperature rise below 1.5°C. Countries are also encouraged to share their long-term low-emissions 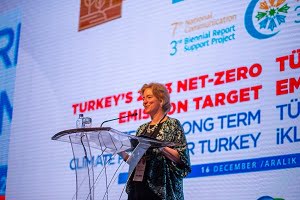 development strategies and demonstrate how NDCs are reflected in their national planning and development priorities. In an environment where it is widely accepted that the level of emission reduction commitments announced by countries is very insufficient to limit global warming and even to keep it below the upper limit of 2.0°C, at the Glasgow Climate Summit held last month, besides accelerating the reporting cycle, countries will reach Cairo in 2022. It was decided that they would meet in .

The event to start preparations for the strategy, action plan and IDB revision brought together more than 200 representatives from the public and private sectors, universities and NGOs. The new strategy, which will be completed by the end of 2022, will include economy-wide and sector-specific targets, milestones and action plans. The new strategy, together with the National Climate Change Adaptation Action Plan, will play a critical role in Turkey's transition to low-carbon development and its climate-resilient future. As successful climate action depends on the coordinated work of all segments of society and all organs of government, UNDP and the Ministry will work together to provide accurate and useful information to all actors and raise public awareness.

The joint climate planning initiative is supported by the Global Environment Facility (GEF). Since the ratification of the United Nations Framework Convention on Climate Change (UNFCCC), GEF has been funding the UNDP program for many years to support the Turkish Government in meeting its regular reporting obligations under this convention.