R&D Investment from Daikin to Hendek Factory with an Investment Cost of 3.5 Million Euros 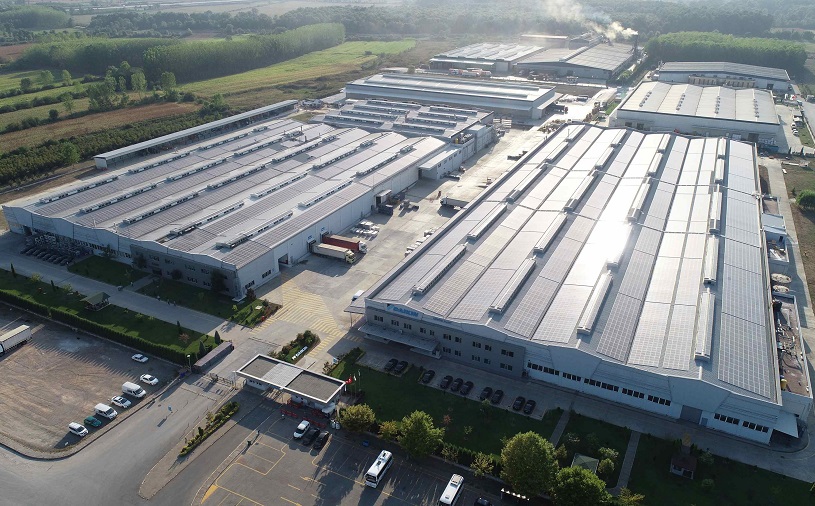 Daikin, the innovative brand of the air conditioning industry, is making a new investment to enlarge its R&D center in the Hendek factory. The new R&D center building with an investment value of 3.5 million Euros; While creating an extension of Daikin's growth potential, it will also create new jobs. Daikin R&D center, which still continues to work on an area of ​​2,700 square meters, will reach a size of 6 thousand square meters with the construction of the new building. The company will invest 3.5 million Euros for the new R&D center building, which is planned to be put into service in April 2024.

Daikin, which steers the air conditioning market, which is growing and diversifying day by day with new needs, with its high-tech and environmentally friendly products, adds a new one to its R&D investments in Turkey. Having completed the necessary work to build a new R&D center at its factory in Hendek, Daikin will start the construction of the new R&D center building in April 2023. The current R&D center, which still continues to work on an area of ​​2,700 square meters, will reach a size of 6 thousand square meters with the new investment. The investment cost of the new R&D center building, which is planned to be commissioned in April 2024, was determined as 3.5 million Euros.
The new R&D center building, the construction of which will begin in April 2023, is designed as 4,500 square meters. 1,200 square meters of the existing R&D center building will be moved to the new building. Thus, the need for new assembly and R&D areas, which will be brought by the potential growth, will be met. The new building, which will improve the office space of R&D employees, will also respond to the increase in employment in both production and R&D in line with potential growth. In the center, which serves as one of the strongest R&D centers in the region, split air conditioners for individual or central systems, natural gas boilers and combi boilers, duct and cassette type fancoils and air handling units have been developed for Turkey, Europe, the Middle East, North Africa and CIS countries.

Growing with R&D and Innovation
Daikin, which has reached a position that sets the standards of the sector thanks to the importance it attaches to innovation, has its own inventions and many patents that it has opened to the world. Making R&D and innovation a part of its corporate culture, the company invests heavily in R&D in every region it operates. Daikin aims to meet the need for expansion after the F25 targets and to create new employments in this field with the new R&D center building investment in Hendek, which it will realize with an investment of 3.5 million Euros.