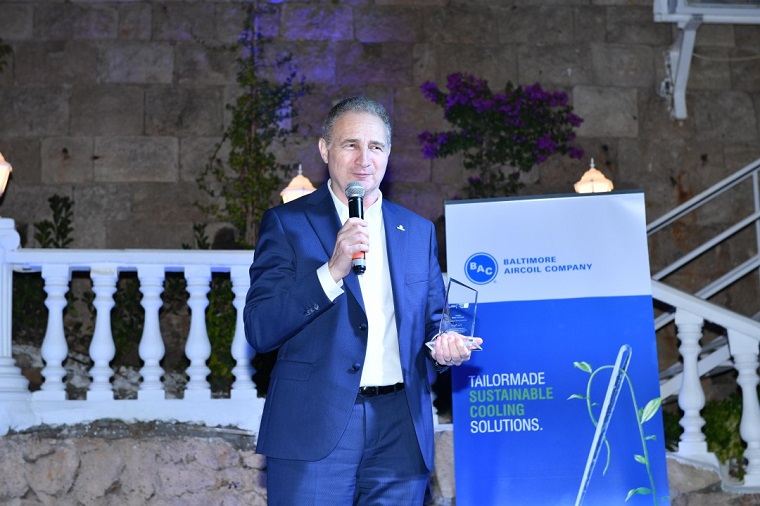 Eurovent was pleased to give Tunc Korun, CEO at Form Şirketler Grubu, the ‘Turkish Industry Legend’ honorary award in recognition of his devotion, commitment, and invaluable contribution to the European HVACR industry.
Tunc Korun graduated with a Mechanical Engineering degree from Gannon University in 1989 and started working in his family company Form Group as the second generation. He followed his father’s career path, who is one of the pioneers in the Turkish HVAC industry. Tunc Korun has been in the HVAC industry for 33 years now as he has worked at many different positions in Form Group including, service, logistics, advertising, sales, management and currently as the CEO of the group. He has been involved in the Turkish HVAC society ISKID from the beginning. After ISKID joined Eurovent in 1997, he was appointed to represent the Turkish society in the association’s meetings, which he has been doing with devotion until today.
Tunc Korun has been involved in the Turkish HVAC society ISKID from the beginning and served at various positions including being elected President from 2003 to 2004. His main interest is in Heat Pump systems, especially ground and waterside applications, and Dehumidification and Rooftop units where he has made joint ventures with Munters Sweden and Mitsubishi Heavy Japan.