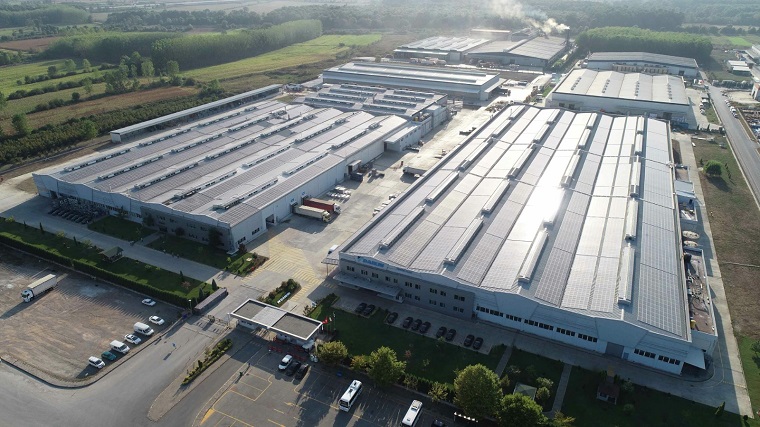 As of January 2022, Daikin will produce VRV systems, one of the central air-conditioning system products currently produced in its factories in Europe, in Turkey. Daikin Turkey, which has increased its capacity by 50 thousand units with an investment of 15 million euros in Sakarya Hendek, will export 80 percent of its production. Daikin CEO Hasan Önder said, “We aim to attract a market worth 100 million Euros from Europe to Turkey with this investment.”

Daikin will become the second largest VRV manufacturer in Europe 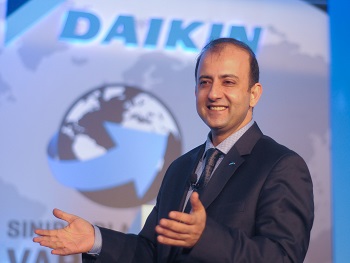 Another investment move came from Daikin Turkey, which attracted attention by growing 11 times in 10 years in the Turkish market. Daikin Turkey, which is fighting against global warming, pressed the button for its new investment in this context. Rolling up its sleeves for VRV systems produced in European factories, the company increased its capacity by 50 thousand units with an investment of 15 million Euros in Sakarya Hendek. Daikin Turkey, which will start to produce VRV products, which are among the most important productions of the air conditioning industry, in Sakarya Hendek as of January 2022, will thus become the second largest VRV manufacturer in Europe after Belgium. The company, which will export 80 percent of its VRV production, will send its products to the Middle East and Africa region. Daikin Turkey, which aims to attract a market worth 100 million Euros from Europe to Turkey with this investment, will also make a strong contribution to the national economy.


80 % of Poduction will be Exported
Daikin Turkey's CEO, Hasan Önder, said that they have been working to contribute to the country's economy since the day they entered the Turkish market. Expressing that they are also working to attract Daikin's global investments to Turkey in this context, Önder said, "The success of Daikin Turkey to grow 11 times in 10 years has also increased the confidence in Turkey. Daikin VRV systems aimed to increase production capacity. We have succeeded in attracting this investment to Turkey.” said. Informing that VRV systems are already produced in factories in Europe, Önder noted that they will be produced in Turkey as of January 2022. Explaining that Daikin Turkey will be the second VRV manufacturer in Europe to produce in this field, Önder said, “We have increased the capacity of 50 thousand units with an additional investment of 15 million Euros in this field. We will export 40 thousand, or 80 percent of the 50 thousand units we produce here, to the Middle East and Africa regions. With this export, we plan to attract a market worth 100 million Euros from Europe to Turkey.”

We Didn't  Make Budgetary Cut
Stating that Daikin is the clear leader of the air conditioning industry with its R&D, innovation and technology, Önder continued: “Daikin has two very large technology centers in Japan and the USA. An investment of 300 million dollars was made in the Technology and Innovation Center in Japan. There are 25 R&D centers worldwide and approximately 8,000 engineers work in these centers. As a result of the work we carry out in our R&D centers, Daikin's high-tech products are used even at CERN today. Daikin issues approximately 1,300 patents annually globally and allocates a significant portion of its budget to R&D and innovation. Although there was a contraction in our sector during the pandemic period, we, as Daikin Turkey, did not make any changes in our investment targets. Daikin is acting with five-year plans. Therefore, we did not make any budget cuts, especially in our R&D investments. Since we act according to the Japanese financial calendar, we entered 2021 in April. The ratio of R&D expenses to our turnover increased from 0.5 percent to 0.7 percent. In our 2022 R&D investment plans, we aim to raise this level at the same rate.”

Daikin's first product with R32, Mini VRV 5-S, is a revolution in the industry. The device, which is a concrete example of the fight against global warming, has a 68 percent lower global warming potential (GWP). Thanks to its R32 refrigerant, it maximizes both efficiency and environmental features. In addition, the Mini VRV 5-S series with R32, which has been developed with many new features, provides installation flexibility with its compact structure. The device, which can operate at 5 low noise levels, creates an ideal environment to provide high air flow thanks to its new asymmetrically designed fan. The device, which can be integrated with the home smart automation interface, optionally provides online and voice control via Amazon Alexa or Google Assistant.