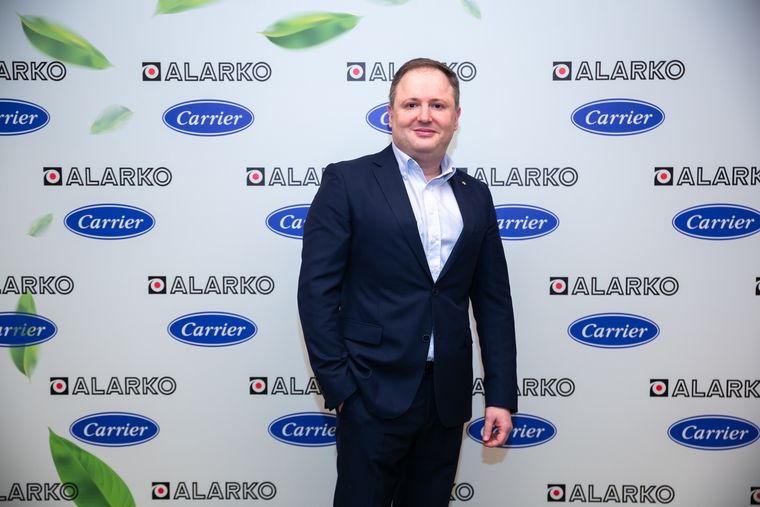 Turning its route to export, Alarko Carrier aims to increase its export share in its turnover to 30 percent in five years, with one of its new products, the heat pump.

Alarko Carrier, one of the pioneers of the Turkish Air Conditioning industry, has turned its route to exports in recent years. The brand, which exports 95 percent of its air handling units, aims to increase its exports to Europe for the heat pump, where it will start production. The brand has announced that it will take its place in the South American, Middle Eastern and European markets by the end of the year.

“This year has been the year of R&D”

Stating that 2022 is the year of R&D and innovation for Alarko Carrier, General Manager Cem Akan said, “We conduct joint studies and tests with TÜBİTAK and universities in R&D facilities to continuously improve our products. We also develop our products with technology transfers from Carrier. This year, we allocated approximately 2 percent of our turnover to R&D investments in order to develop high-tech products suitable for the needs of the Turkish and world markets. With our R&D team of 55 people in total, we are working on hydrogen combi boiler, heat pump, circulation pump, new capacities and connecting to automation, EC fan fancoil and R454B rooftop.”

Emphasizing that the energy crisis caused by the wars of Russia and Ukraine forced Europe to make mandatory savings, Akan continued his words as follows: “We are preparing a critical product portfolio by investing in heat pumps, which are in serious need of the European market. We aim to increase our exports to Europe, thanks to our heat pumps that convert low-temperature heat from natural sources such as air, water and soil into high temperatures to heat environments. With our products that will take their place in South America, Middle East and European markets by the end of the year, we aim to increase our export share from 12 percent in our turnover to 30 percent in 5 years.

Stating that Alarko Carrier also follows the hydrogen issue, which is one of the key technologies to reach its neutral carbon target, Cem Akan said, “They have started R&D studies of hydrogen combi boilers, they aim to be the first domestic hydrogen combi boiler manufacturer in Turkey and they plan to introduce the product to the market in 2024”.