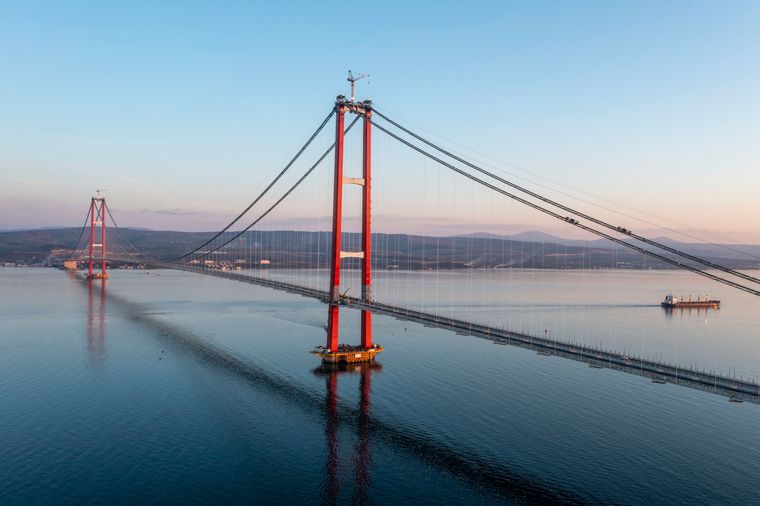 The International Roads Federation (IRF) selected the 1915Çanakkale Bridge and Motorway Project as the most successful project of the year in the field of construction methodology, due to innovative methods and engineering solutions implemented in a record four-year completion time.

1915Çanakkale Bridge was awarded the first prize in the Construction Methodology category at the award ceremony held in Washington, the capital of the United States, on the evening of November 2, 2022 by the International Road Federation (IRF).

Founded in 1948 and the umbrella organization of the international highway industry, the International Road Federation (IRF), based in the USA - Washington, held the IRF Global Roads Achievement Awards within the scope of the Roads to Tomorrow Conference held in Washington between October 31 and November 3, 2022. 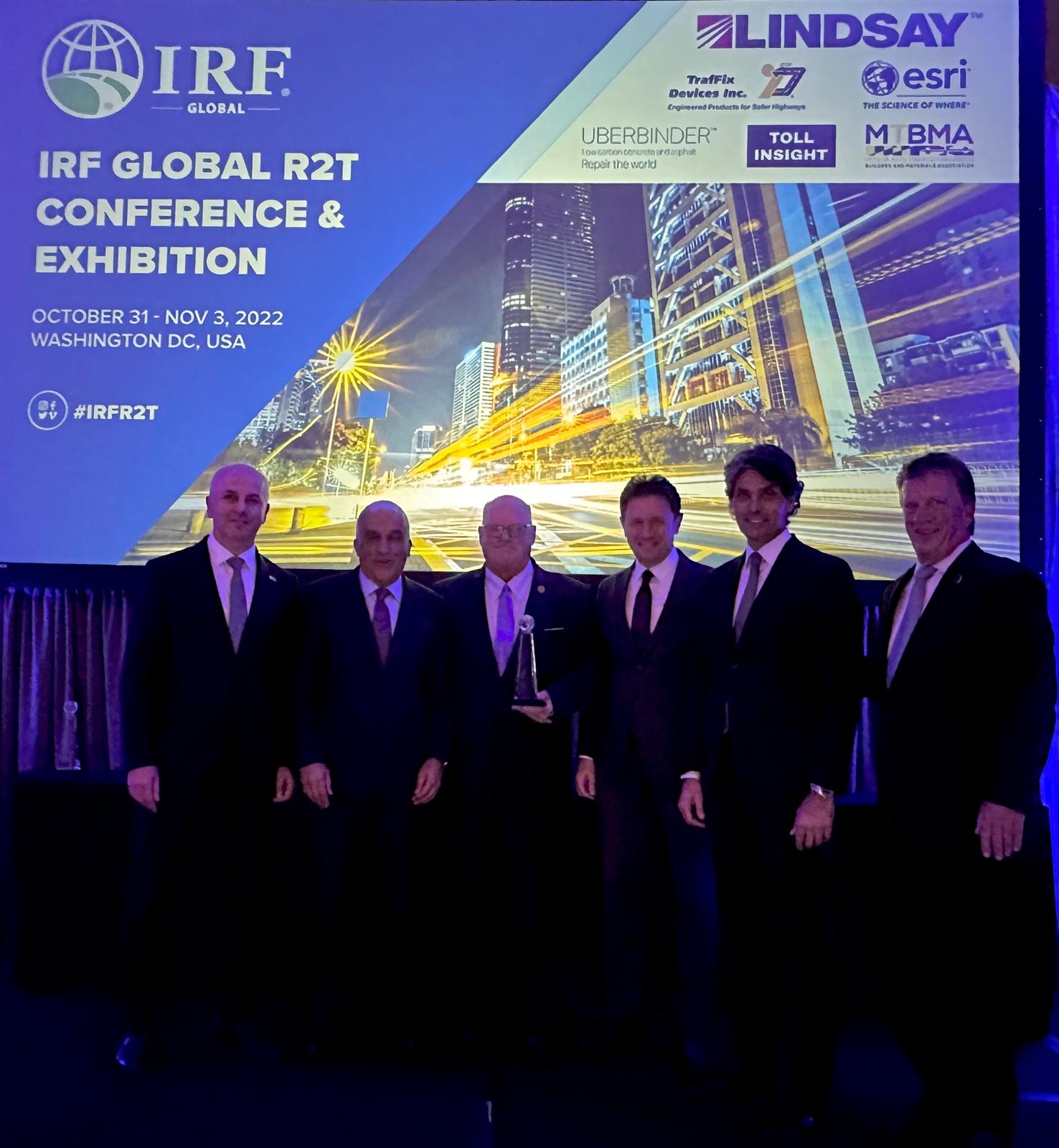 1915Çanakkale Bridge, which was tendered by the Ministry of Transport and Infrastructure General Directorate of Highways (KGM) with the build-operate-transfer model and whose construction works were carried out by the joint venture established by Limak and Yapi Merkezi from Turkey, DL E&C from South Korea and SK ecoplant companies, is the 2023-meter middle road. It holds the title of being the 'world's longest mid-span suspension bridge' with its span and 'the world's tallest tower suspension bridge' with its 334-meter peak.

In 2021, the International Roads Federation (IRF) selected the 1915 Çanakkale Bridge and Motorway Project as the “Most Successful Financing Project of the Year” due to its multi-financing structure with rich resource diversity. 1915Çanakkale has won 12 finance awards, 1 environmental award, 4 employment awards and 2 engineering awards so far.

For information about 1915Çanakkale Bridge and Highway Project: www.1915canakkale.com