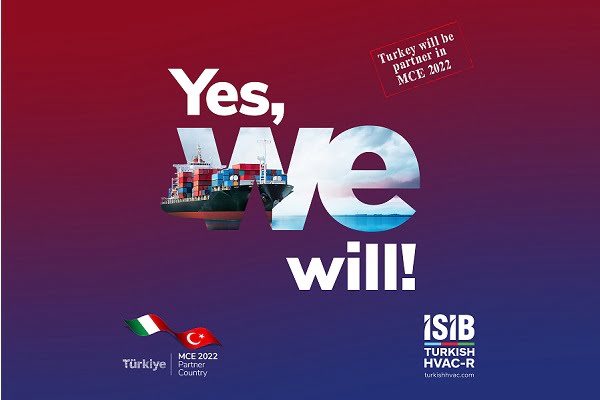 Representing our country at the fair held online between 8-16 April 2021 under the name of MCE Live-Digital, ISIB announced that it initiates preparations for 2022 MCE.

Turkish HVAC&R Exporters’ Association (İSİB) represented Turkey in the online MCE Live-Digital fair held on 8-16 April 2021. During the event, İSİB officials informed the participants interested in Turkish products about the Turkish market and Turkish manufacturers. İSİB officials also announced that İSİB has initiated preparations for the Mostra Covegno Expocomfort (MCE) next year, where Turkey will be the partner country. Underlining the fair’s crucial role for the Turkish HVAC&R sector, İSİB Chairman Mr. Mehmet Şanal made the following remarks on Turkey’s participation in the MCE Fair in 2022 as the partner country: “Mostra Convegno Expocomfort is one of the most important fairs around the world in the HVAC&R sector. The previous fair before the pandemic hosted 2.388 companies over a total fair area of 325 thousand square meters. 1.234 foreign companies attended the fair. 164 thousand visitors, including 42 thousand foreigners, visited the fair. Turkey had more companies than any other foreign country with 114 companies takin part in the fair. We believe that Turkey’s role as the partner country in the physical fair to be held in 2022 will positively affect the participation of Turkish companies. We have great rapport and strong cooperation with our Italian counterparts and Italian Chamber of Commerce. Together with them, we continue to prepare for the event”. Mr. Şanal also reminded that thanks to the partner country concept, Turkish companies will be given priority in applications for attending the fair. Turkish companies, Mr. Şanal said, will have better and a higher number of locations in the fair. The fair will also feature special promotional activities focusing on Turkey, and Turkey’s status as the partner country will be highlighted throughout the event.