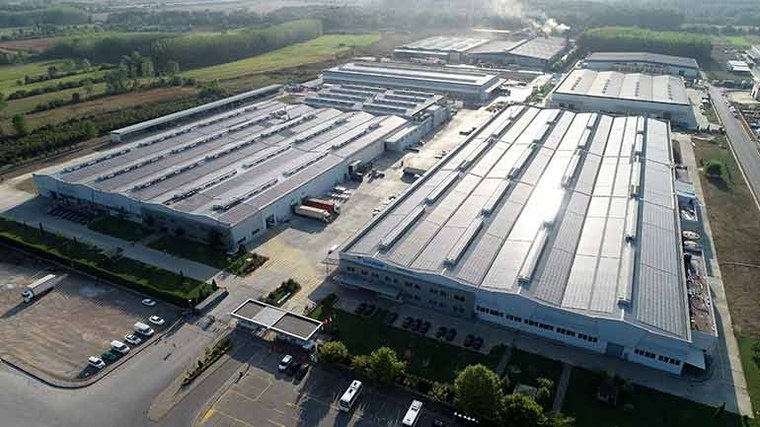 TURKEY: Daikin’s factory in Sakarya, Turkey, has been generating all of its energy needs following the installation of solar panels across the entire roof of the 55,000m² facility.

Together, these panels generate 7 million kWh. This equals 90% of the energy needs of the Sakarya production site, making the factory nearly energy neutral.

However, the $3m installation, which began in February and was commissioned in July, achieved a performance beyond expectations by generating 118% of the demand in the first three months.

The company estimates that the investment in the Sakarya factory will achieve payback in less than seven years.

Next to its investments in the Sakarya facility, Daikin Europe is also investing in its other production sites across Europe. Notably, Daikin’s factory in Ostend, Belgium is fully supplied with green Belgian electricity and is also equipped with 2,000 solar panels.

“If we want to become energy neutral within three decades, we need to act at all levels of the Daikin supply chain, from our suppliers to our production processes, and finally with the products we deliver,” commented Patrick Crombez, general manager heating and renewables at Daikin Europe. “The production site in Turkey is an inspiring example of what’s possible when companies dare to act,” he added.