Cantas Added A New Award to its Supplier Awards 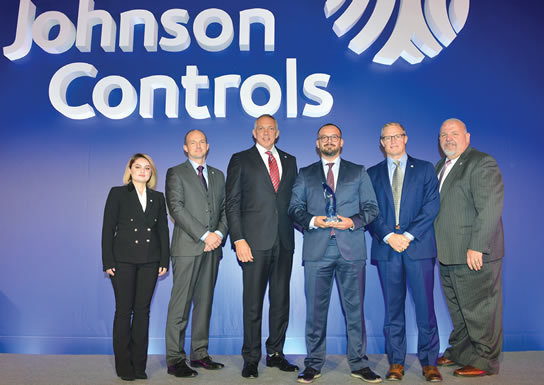 Johnson Controls awarded Cantas,which supplies materials to the production facilities in Izmir Aegean Free Zone, the ”Bronze” Award at the 2018 Top Suppliers Awards. The bronze award is presented to suppliers who ranked in the Top 5 in the Success Ranking among the EMEA suppliers of Johnson Controls.

On 30 October - 1 November, 2018, a large number of suppliers, especially European companies, were invited to Johnson Controls EMEA Suppliers’ Day, which was organized in Seville, Spain. Mr. Eren Kaygusuz, Supply Chain Manager, was present in the event to receive the award of Cantas Company and the award was presented to him following the thank you speech delivered by Mr. Baris Ucaner, Cantas OEM Business Director, who could not attend the organization.